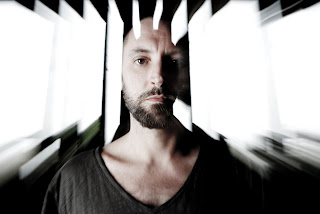 Oh, hello there. It's been a while, but I keep getting fine slices of aural science delivered directly to my inbox by the good folks over at Ninja Tune records, and who am I to deny their artists the essential air of hype and publicity (even though this blog has the readership of the proverbial one man and his dog) that music makers so relish in these days of multi-faceted media platforms? No-one, that's who.

Fink's track 'All Cried Out' has been a favourite of mine since it featured on his Biscuits for Breakfast album all the way back in '06. He released latest album Sort of Revolution this summer, and to celebrate an i-tunes only release of Sort of Versions (acoustic versions of tracks old and new) i'm giving you his take on R.E.M.'s 'The Apologist'. The ghost of John Martyn pervades, but never dominates Fink's work, which is by turns original, evocative and engaging.

Now I know that PR folks can stir up a lot of BS about their hot new artist, but I must say comparing Emika to Fever Ray, The Knife and Burial (three of my favourites) in one sentence more than piqued my interest. Add to that a remix by none other than Scuba and I was a goner.

I'm a big fan of Scuba's crackly, claustrophobic and driving production, and this track delivers on all accounts. It also reminds me of another of Hot Flush Records talents, Vaccine.

The single 'Drop The Other' plus remixes is out on the 18th January on Ninja Tune. Big.