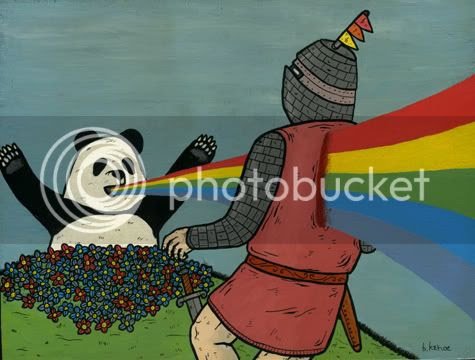 Although this blog was begun as an attempt to share the songs that I like with the wider world, it has evolved into something that staves off the boredom and frustration that comes with being unemployed (as well as finding awesome tunes). Watching Neighbours in the afternoon can only be a novelty for so long. After this post i'm going to roll off and attempt to write about why the BBC should take me on for work experience and why in the hell i would want to work for them. Res ipsa loquitur.

I first heard of Metric a couple of years ago on a rollerblade DVD entitled Killerboots with their killer track Dead Disco. Since then i have kept an eye on their progression, and last years single Monster Hospital seemed to take them further down the road of critical and commercial success. The sulky voice of lead singer Emily Haines combined with their slick beats and melodies have been multiplied by the MSTRKRFT team and turned into a monster jam that starts off slyly enough but when the beat kicks in around 00.57 you know that any dancefloor is getting filled mighty quick.

Yyyuuuurrrggghhh. That's the noise i make while listening to this MSTRKRFT track from a rarities & remixes album (fast work for a group formed less than two years ago). With a ridiculous stomach-turning bassline and all-the-right synths in all-the-right places, it makes me want to vomit pure BEATS. A strangely intense tune, i recommend playing it on a proper stereo and turning on the lasers.

There is a sound used in this song by The Blow that is mighty similar to someone letting off a squeaky fart. I love the track for that noise alone, nevermind the hypnotic rythms, handclaps, crazy female vocal and total genre unclassifiableness that comes along with it. Their myspace site describes the sound as Tropical/R&B/Jam Band, but Pile of Gold aint nothing like it. I like artists that confuse me with their sound, and The Blow certainly do this. In short, download it and decide for yourself. Then go buy something by them.

I love a good cover as much as anyone else, and the following four are shining examples of what talented artists can do with each others' songs. My personal favourite is Iron & Wine's version of Such Great Heights, one of those tracks that can be made to sound entirely different yet equally beautiful as the original. I advise you to seek out more Iron & Wine, especially the track Woman King, available on the Woman King EP. His hushed, powerful voice combined with striking lyrics and beatiful guitar makes it one to cherish. Buy it here.

If you are a regular visitor to mp3 blogs you may well be familiar with The Postal Service. Slightly less well-known is Iron & Wine aka Sam Beam, the Florida based songwriter originally brought to my attention by 3Hive. His low-key bearded approach to this indie classic gives it an entirely different feel. With just a voice and an acoustic guitar he pretty much makes you want to find everything from his back catalogue. Maybe don't listen to it after a break-up, but on a spring afternoon with a cup of tea it becomes a ridiculous pleasure.

One of Johnny Cash's first TV appearances yields this version of Lonnie Donnegan's classic. As Cash explains at the beginning of the song, songs in the 50s were often covered by many different artists, especially in the country genre. Apparently never released by Cash, this version is a rare gem. Steady as a rock, sharp like a razor.

Klaxons, and indeed this cover of JT's (He likes to watch it going in...) strangely hypnotic track have been all over the place recently. If you're not sick of them yet and/or haven't heard this version, then let it waft around your ear-holes for a few minutes and you may be pleasantly surprised. Most of all it sounds like a new band having fun and that is what it's all about, right? All together now, 'Now if i wrote you a symphony..."

Young Knives have taken the SXSW festival by storm this month, which fits mightily well with the title of this cover of Kim Wildes popular 80s track. Thankfully the Knives idiosyncratic ways have raised the standard of their version way above anything that Kim could manage back in her day. Complete with spiky guitars and a few na-na-na-na-na-na-nas thrown in along the way, it makes me wish that this had been the original and Kim Wilde had never existed, if only to make a poor attempt at covering the classic Young Knives track. Wishful thinking.
Posted by Tom at 14:42 2 comments:

Don't worry, you're in the right place...