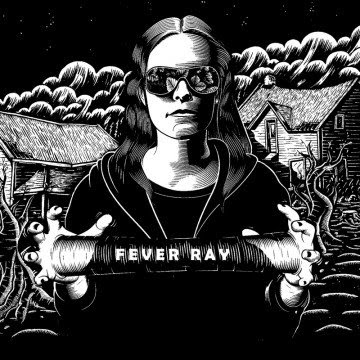 This, and a couple of other questions, has been raised by Rex The Dog's remix of new Fever Ray single Triangle Walks. (Eclectic Hermit trivia, The Knife were the first artist to be posted here on this blog).

Questions such as: Why can't Rex The Dog do an entire Knife remix album? How does Karin Andersson manage to write such damn good songs? Why can't I keep the smile off my face?

I for one would love an LP full of hands-in-the-air italo-swedish disco tracks, so let's make it happen. The petition starts here. 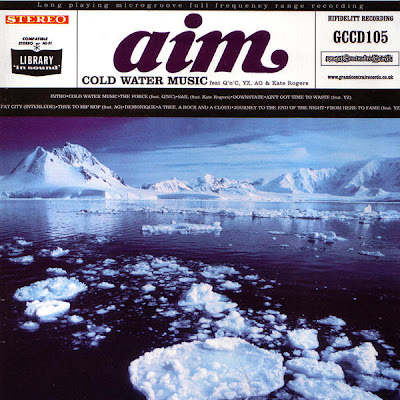 The first in what may become an occasional series of posts that deals with well known tracks and the original music they sampled.

In today's case we have the modern classic Aint Got Time To Waste by Aim, which took inspiration from Marc Moulin/Placebo's Humpty Dumpty.

The Marc Moulin version appeared on the playlist at my work last month. It reminded me just how good Mr Turner's work is, and brought memories flooding back of playing Tony Hawks for hours on end in my teenage years.

I believe Cold Water Music was reissued last year with a couple of bonus tracks, but here's a link to the original on Amazon.

Side note: Cold Water Music also features one of my favourite covers of all time (see above).
Posted by Tom at 19:13 3 comments:

I was at Glastonbury when... 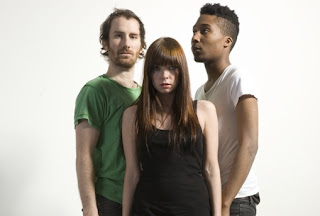 We Have Band played The Queens Head, when Skream dropped In For The Kill, when Crookers tore the metaphorical roof off, when Blur stormed the Pyramid, when a hundred other things happened, including the death of Michael Jackson. I was about to watch Metronomy when I heard the news, and walking about the site in the early hours of Thursday night with crowds of people dancing outside the Jerk Chicken bar to old MJ hits was a surreal sight.

I saw We Have Band twice over the weekend, firstly on Thursday right after Maximo Park had just opened the festival at The Queens Head stage, and secondly on the John Peel stage on Sunday. As you might expect, Thursday's gig was full of energy and excitement, the crowd was well into it, and i felt a real thrill about seeing live music again. Sunday was a tough slot for the band, as no amount of enthusiasm from them was going to gee a crowd up early on a Sunday afternoon after 3 days of revelling behind them.

Swiftly re-dubbed I Can Haz Band? (by me), they have firmly rooted themselves into my consciousness as a group destined for big things, and the tracks You've Had Band and Honeytrap have rarely been off my stereo since the festival.

We Have Band - Honeytrap (live) (YSI)

They recently released You Came Out on Kill Em All, buy it at Boomkat. 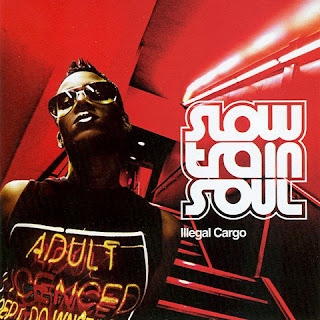 A straight-up downtempo banger from Slow Train Soul here, providing an instantly engaging piano loop, a beat that'll make your neck ache, and vocal hooks that will stick in your brain for a long while.

Released in 2004 on Tommy Boy records, i've clearly been sleeping on this for a long while. But, as with many things, better late than never. Make sure you don't sleep any longer and download this track, as it's one of my favourites of the year so far.

Amazon throws up the relevant info on purchasing the album.
Posted by Tom at 18:36 3 comments:

Got any Clarky Cat? 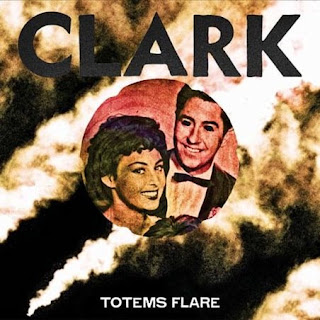 As if an obscure Brass Eye reference wasn't enough to make your day, the news that Chris Clark has just dropped his new long player 'Totems Flare' certainly will.

In celebration of this news (and it must be good news as it's forced me to blog after 2 months of silence) i'm throwing up an mp3 from his previous album 'Turning Dragon' to remind you, if necessary', just how good he is.

I haven't yet listened to 'Totems Flare' but if the marked evolution of his work so far is anything to go by, this new album should be an interestingly fresh take on the classic Clark sound.

Buy some Clark from Boomkat, you know you want to.