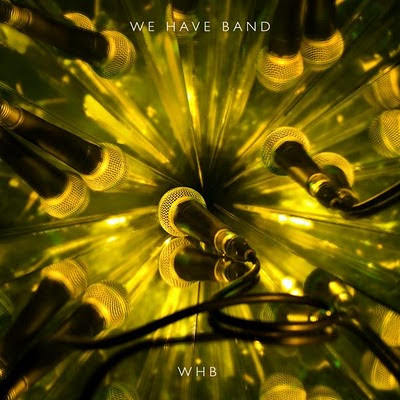 I'm sure that being in the loop and au courant has its advantages, but it sure does take a lot of effort to stay on top of the game. What with the proliferation of music being thrown at the listener from all sides, separating the wheat from chaff can be hard work. Which is why at the Eclectic Hermit nowadays you will only find me posting about music that i really, actually, like.

WHB have been on my radar since the start of last year, having won the Glatonbury emerging talent competition, released a couple of superb singles and floated a few demo tracks of material around the web. I saw them twice at Glastonbury and they shot straight to the top of my bands of '09 mental list.

Well due to my total ineptitude at staying on top of the latest music news, it was only yesterday I found out that WHB are releasing their eponymous debut album on April 5th.

The Divisive EP was released yesterday, buy it at 7Digital.

Divisive comes backed by four remixes, not including this one by DJ Mujava of Township Funk fame.

The video for Divisive sees the band acting as a human font and being extremely patient with the directors.

And finally, the unreleased demo of You've Had Band, the track that really piqued my interest in this fantastic group. I believe it will appear on the album as Centrefolds And Empty Screens.