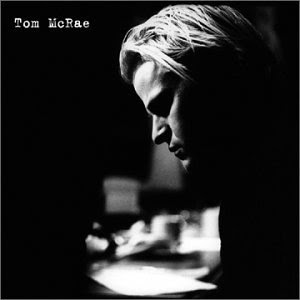 Before Tom McRae became the wearisome troubadour he is today, his eponymous debut album contained a perfect mix of brooding menace, melancholic lyrics and musical experimentation. The first track on the album, 'You Cut Her Hair' is a fine example of this and only serves to remind listeners of McRae's later work that they'd be much better off listening to his first effort.

Tom McRae - You Cut Her Hair

McRaespace. Listen to an ace live version of Bloodless from 'Tom McRae' with total audience participation.
Posted by Tom at 10:29 4 comments:

Sons & Daughters are back...

I just heard the new single today on 6Music and it's safe to say that they've still got it, it never went away! (Note to self: tone down obscure Bo Selecta references).

GILT COMPLEX is the first single to be lifted from Sons And Daughters' Bernard Butler-produced third album THIS GIFT (out early-2008). GILT COMPLEX is released on 7-inch vinyl and digital download on Domino Records on 29 October 2007. 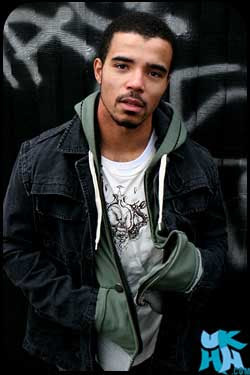 Previously known to some as 'Ms Dynamite's little brother', UK rapper Akala is truly out of his sister's shadow on his upcoming second LP 'Freedom Lasso'. For your sampling pleasure here are three tracks from it.

'The illest whipper-snapper from the land of sausage and batter.'

This isn't just the first track on the album, it's a statement of intent. Akala comes out with some sick lines on this one, constantly referencing his home land of England and buoyed by the beat, an electro scuzz-fest that sounds like what would happen if Justice started producing Hip-Hop.

Akala lays some honest and intelligent rhymes on this track, protesting against fake gangsters trying to emulate their american counterparts, his upbringing, the way generations of his african elders have been treated, and favouring a complete antithesis to the standard ends-repping.

This beat is what would come out of Timbaland's studio, had he been raised on a South-London council estate and fed a diet of pies and crime. It acts as the first single and serves as a good taster of the rest of the album.

Freedom Lasso is out next week, get it from Amazon. 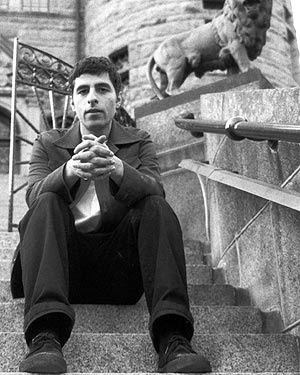 New album 'In Our Nature' drops next Monday September 24th.

Gonzalezpace
Buy it from Amazon UK
Posted by Tom at 21:18 2 comments:

Mysterons will lively you up... 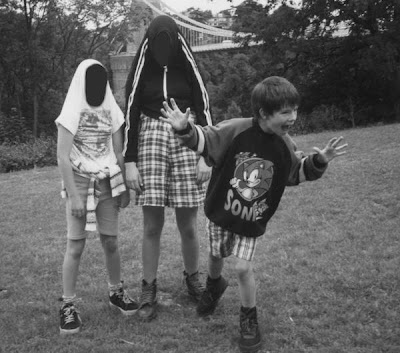 'More fun than a weekend in Penzance' NME

The above quotes are entirely fictitious but hell, that's what they'd all be saying if they'd heard of Mysterons. Probably.

Also known as Tim Southorn and Oliver Quinlan, Mysterons have been experimenting with sound and modifying equipment since their days in the 6th-form. They list influences such as Dangermouse, Royksopp, Aphex Twin, The Specials, The Pharcyde and Stevie Wonder, and with such eclectic taste how could their own tunes be anything but?

Firstly check out this mixtape, recently featured in DJ magazine and available to download for free from the Mysterons site:

Just one look at the tracklisting and you knows it's gonna be hot:

Ripped casually from the myspace and listened to animatedly:

Mysterons - Black As Mourning (Why kid ourselves, you know it's Highly Recommended)

As yet they remain unsigned, go be their friend on Mice Space and tell them you want to buy their records.

If you like this, give a holler by clicking on the comment button below. Do it now, before you click off elsewhere on your ceaseless mission to find new music to slake your thirst. We're all on the same trip.
Posted by Tom at 12:09 4 comments: 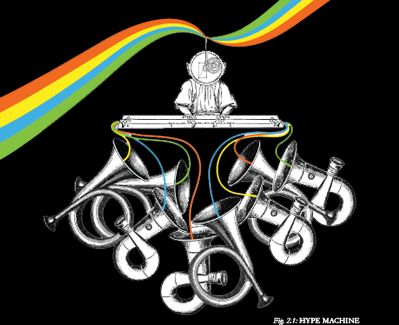 Well yes. I got bored of not being on Hype Machine so emailed them, espousing the greatness of my blog and asking them nicely to add me to their site. Which they did, and I am happy now, but it leaves me wondering where to go with Eclectic Hermit now that readers will be expecting some effort from my posts, instead of the usual half-arsed attempts at blogging I have been putting out lately.
New features are rolling around in my brain right now so fairly soon i'll splurt them out into Noughts and Ones and start getting excited about some of that music, which is why we're all here in the first place.

In the meanwhile, check the Mysterons on the next post, they're well worth a goose*.

Labels: hype it up 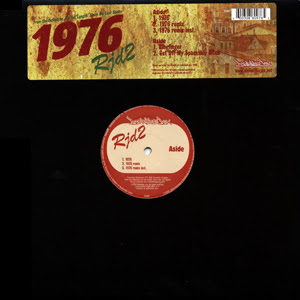 RJD2 - Get Off My Spaceship Bitch

If you neglected to download the Electroma soundtrack the other week, here's another chance to catch Curtis Mayfield's ridiculous funk-fest 'Billy Jack'. By the time it's over you'll either be contemplating a career in funk or in a puddle on the floor. Feel that bass!